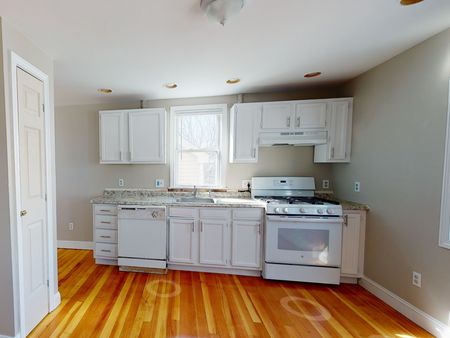 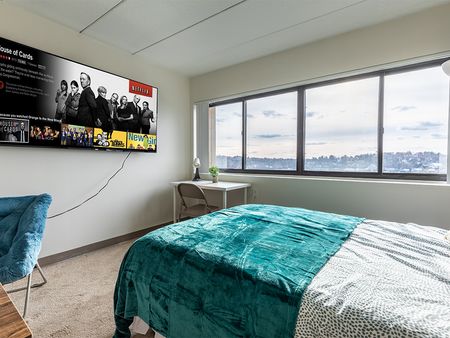 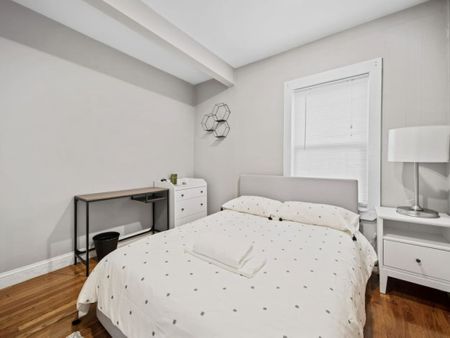 If you are fortunate enough to be accepted into one of the world’s most prestigious places of higher education and are in search of affordable off-campus housing, you’re in the right place.

Student.com offers around 200 convenient and spacious student accommodation options in the captivating city of Boston. Enjoy privacy in one of our fully furnished, self-contained apartments, or share your living space with friends in one of our dorms.

If you need more information on the housing near Harvard University we provide, we are here to help. Call us or drop a quick message on our website’s live chat. Our booking consultants are always happy to help!

Where is Harvard University located?

Harvard University is spread over three different locations in the city of Boston, Massachusetts, in the United States of America.

The medical and academic sections of the university are situated in the Longwood area of the city, home to the Harvard Medical School, the School of Dental Medicine, and the School of Public Health. The athletic facilities and the renowned Harvard Business School are located in the Allston neighbourhood.

The university’s famous main campus is in Cambridge, northwest of Boston, across the Charles River. This location comprises most of the university’s administrative buildings, undergrad dormitories, and the undergrad division - Harvard College.

Home to just a bit over 100,000 people, Cambridge is a town that was built for Harvard and MIT (Massachusetts Institute of Technology) students. In fact, these two institutions are the top two employers in the city.

While Cambridge is truly a centre of academics, and features two of the world’s premier educational institutions, it is also a colourful, multicultural city.

Commonly known as “Boston’s Left Bank,” Cambridge boasts a wide range of cultural offerings, including several renowned museums, an eclectic mix of art and entertainment venues, beautiful historic buildings, and one of the largest number of bookstores per capita in the world.

Harvard Square, which functions as a commercial centre for Harvard students and residents of the surrounding areas, is a popular area filled with cafes, restaurants, and stores.

Founded in 1630 as Newtowne, a Puritan settlement, Cambridge is rich in history and historic architecture, with several buildings in Harvard Yard and Old Cambridge dating as far back as the 17th century.

Cambridge is a cool college town in more than one way. If you choose to attend Harvard, you will have to deal with extremes in weather during seasons. In the winters, Cambridge is typically cold and snowy, while the summers are often hot and humid. On the plus side, this means you’ll get to truly experience all four seasons during the year!

One of the best universities in the world, Harvard University remains at the forefront of higher learning and innovation.

Harvard’s prestige shows in its rankings.

The university consistently ranks in the top 5 of most World University Rankings, including Times Higher Education (2nd for 2022), and QS (5th for 2023).

The university’s reputation precedes it.

Ranked 1st in Times Higher Education’s 2021 World Reputation Rankings, Harvard’s renown as an elite university has survived until this day.

Being the first university in America, its reputation has long been established. Back then, only the elite of society could afford to attend a university. Now there are no shortage of good options, but each year, thousands of top students from all over the world try to get into the doors of the prestigious university despite its extraordinarily slim acceptance rate of 4.8%.

Only the academic elite can claim a place at Harvard. And there are many reasons why the most well-known American university attracts some of the best students in the world.

The institution is widely regarded in terms of its influence, reputation, excellent teaching, the promise of a successful career, impressive facilities, and, of course, its academic pedigree.

Harvard is considered one of the best places in the world to learn because of the high level of education it offers.

A chart-topping university in many fields of study, Harvard’s academic offerings are vast, including law, medicine, astronomy, and sociology.

Students also receive individualised attention from highly qualified instructors. The student-faculty ratio is 7:1, and over 70% of the university’s classes have fewer than 20 students. The majority of professors at Harvard are highly accomplished scholars, from Nobel Prize winners to members of the Academy of Sciences.

Over the years, Harvard has gained a strong reputation as a university of the elite class. If you are fortunate enough to get into Harvard, you’ll be following in the footsteps of some of the world’s greatest men and women.

Among the university’s impressive alumni are:

Many other Harvard graduates have very successful careers in the sciences, business, politics, and other viable fields. This success is, in part, a virtue of the institution’s extensive network of high-profile connections.

Thus, the potential rewards of such privilege, plus the fact that a degree from Harvard automatically thrusts any student into the membership of the intellectual elite in any country, attracts the best of the best.

Harvard has the largest university endowment in the world. The immense external funding has ensured that studying at the university is a pleasant experience.

The university’s campus infrastructure, equipment, and amenities are amongst the best in the world. Harvard’s 209-acre (85-hectare) campus houses 10 degree-granting schools, the Radcliffe Institute for Advanced Study, plus two theatres, five museums, and the largest academic library system in the world.

The university also produces high-impact research in many fields, from the sciences to the humanities.

Over its 400 years of existence, Harvard has developed a great reputation as a leading university in the provision of world-class education.

But the university provides more than just a life-changing learning opportunity. You’ll have plenty of opportunities to get involved in things beyond your coursework.

Whether fostering entrepreneurial activities at the Harvard Innovation Lab or writing and editing at the daily newspaper the Harvard Crimson, or playing on the field in Harvard Stadium, student life at the university is a rich and rewarding experience.

No matter where you’re from, Harvard is a vibrant community where you can feel supported and encouraged. The university is committed to creating an inclusive living and learning environment for all by offering a range of resources to help make it safe and welcoming for students from all backgrounds.

With over 450 student organisations, there are plenty of resources available to get the support you need. From libraries and interesting museums to various health and wellness facilities, the university’s campus is well-equipped to provide a smooth student experience.

Harvard students don’t just bury their heads in books. They are also active around and beyond campus.

Harvard is one of the best universities in the world, but it’s also well-known for its long history. Below are some historical snippets of the institution’s storied past.

The “Great and General Court of the Governor and Company of the Massachusetts Bay in New England” approved £400 for the establishment of a school called “Harvard.”

1637-1638: “College Yard,” Harvard’s first piece of real estate was purchased. The Overseers purchased a house and an acre of land from Goodman Peyntree, which was located on the southern edge of “Cow-yard Row.” This tract became the nucleus of present-day Harvard Yard.

1639: In recognition of John Harvard’s (the College’s future namesake and first benefactor) bequest, the Great and General Court ordered the “colledge” to be built at Cambridge.

1700s - Harvard and the American Revolution

1780: The Massachusetts Constitution went into effect officially recognising Harvard as a university.

1781: The first medical instruction was given to Harvard students. The oldest continuous chapter of Phi Beta Kappa was formed.

1782: The Medical School was founded.

1783: The Medical School officially opened as the “Medical Institution of Harvard University” with high ceremony and the Holden Chapel as its home.

1872: Graduate School of Arts and Sciences was founded.

1874: Department of Fine Arts was established.

1875: The first Harvard-Yale football game, which was won by Harvard 4-0, was held in New Haven, Connecticut.

1908: The Graduate School of Business Administration formally opened as a Graduate Department of the Faculty of Arts and Sciences with 59 students.

1913: The School of Public Health was established. That same year, Harvard University Press was also established.

1914: Professor Theodore William Richards became the first Harvard Nobel laureate when he won the Nobel Prize in Chemistry for the determination of atomic weights.

1920: Graduate School of Education was established.

1979: The $350 million Harvard Campaign, the largest capital campaign in Harvard’s history, was announced by President Bok.

1997: Mary Fasano became the oldest person to earn a Harvard degree when she graduated from the Extension School at the age of 89.

2007: School of Engineering and Applied Sciences was established.

2014: Kenneth Griffin made a $150 million gift to Harvard College in support of the university’s financial aid program.

How can I book private, off-campus housing near Harvard University on Student.com?

You can use our filter and map features to find the right off-campus property for you. After selecting the property you’d like to live in, go to its property page by clicking ‘View rooms’.

On the property page you’ll need to choose the room type you’d like to live in. Once you’ve chosen, click on ‘Book now’ and leave your contact details. One of our booking consultants will soon call you and take you through the next steps of the booking process, all the way to getting your contract ready to sign.

Why should I book off-campus housing rather than Harvard dorms?

Living in off-campus housing has many benefits over dorms. You can choose more freely where you’d like to live, whether that’s right next to your campus or even in downtown Boston.

You can also freely choose the type of room you’d like to live in. So whether you want to share with roommates or live in a completely private apartment, you can have your pick with off-campus housing.

What are the different room types you offer?

Shared Rooms – You’ll share your bedroom with a roommate. Bathroom and kitchen are shared as well.

Private Rooms – These rooms will give you a private bedroom that you’ll have completely for yourself. Depending on the property you choose, your bathroom may be either private or shared. Other facilities are shared with others.

Entire Place – This is a fully private, self-contained apartment. You’ll have your own bedroom, bathroom and a kitchenette for cooking your meals. This is the perfect choice if you love your privacy and don’t want to share living space with others!

Do you offer graduate housing?

Yes, all of our properties can be booked by anyone who is a full-time student. So, if you are a graduate or postgraduate student, don’t worry, you can still choose any property you like!

Do you offer summer housing?

Yes, many of the properties we list will let you stay over the summer as well if you want.

Are bills included in the rent?

Bills are not included in most properties we list near Harvard University. We do list some properties where bills are included though. You can find these with our search filters.

Are the apartments fully furnished?

Most of the student apartments we list are not fully furnished. We do list some properties near Harvard that are rented furnished though. If you’d prefer to book a property that is rented furnished, you can find these by using the filters on this page.